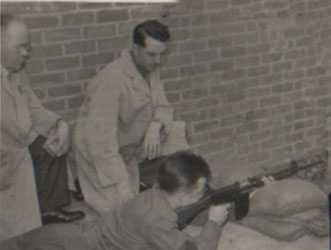 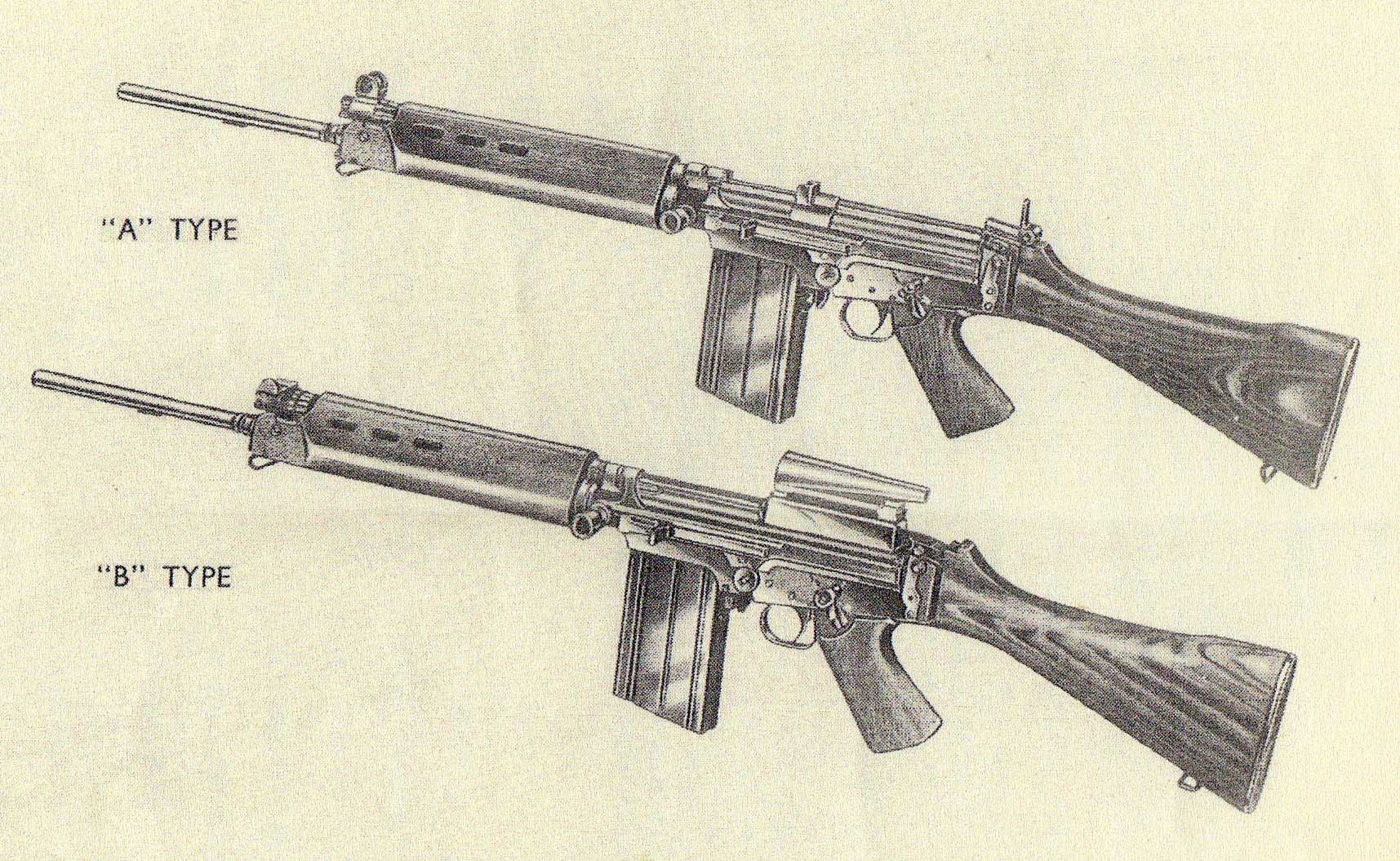 The picture above left, was published in our 2011 news letter.  It shows WO2 (AQMS) Clem Hoyle supervising an AT/Sgt firing the X8E1 (forerunner to the L1A1 SLR).

The picture has prompted some discussion and we now understand that Joe O’Brien believes he may be the apprentice firing the weapon, but we still haven’t identified the Instructor.

Arthur Maddock was working in Scales Branch, Royal Dockyard Woolwich at the time the trials finished in 1956 and we decided to manufacture the L1A1.

Arthur tells us that the rifle being fired by the AT Sgt is in fact the X8E1 (short top cover and iron sights).

Below is a copy of his letter:

“In the early fifties a contract was placed with the FN Company in Belgium to produce about 6 or 7 thousand rifles for British troop trials.  My memory is getting a wee bit rusty so don’t rely on my figures too much.  I think it was 5000 type A and 1000 type B.  They were designated X8E1 and X8E2 respectively.  A few were also produced with a different change lever permitting the rifle to fire fully automatic, these were designated X8E5.  All three types were engraved on the trigger housing with the same change lever settings.

The main trials were completed using the X8E1 and X8E2.  During these trials it was found that when the rifle was fired on full automatic, only the first shot hit the target the remaining shots of the burst went high right which was considered a waste of ammunition.  The conditions for this shoot were, 30 yards standing, Fig 11 Target.

The trials in the UK were finished by 1956 and the British specification settled for the L1A1 SLR to be produced by the ROF.  At that time I was working at Scales Branch REME at the Royal Dockyard Woolwich.  We had just finalised the scales for the SLR when I was put on a draft to form the Commonwealth Brigade Workshop in Malaya.  I was just starting to get my knees brown again when the X8 Rifles caught up with me in Ipoh.  The troops seemed to believe that the 7.62 bullet would penetrate the average rubber tree and still kill.

Courses on the X8 Rifle were organised at Command Workshop in KL and I was soon on my way down there complete with all my Scales Branch info’ which included all the domestic part numbers allocated to the X8.  At the end of 1958, I came home to the UK but I left my notes with the Armourer that took over my job at Brigade.  So today I have to guess at numbers ordered on that first contract.