Last April, after the sad departure of HRH The Prince Philip, Duke of Edinburgh, Colonel-in-Chief REME, our President Chris Dennis sent a letter of condolence to HM The Queen.

We know that Prince Philip was a very popular person, especially amongst REME as our Colonel-in-Chief.  HM The Queen will have received huge numbers of letters, but we have now received a response to our President’s letter, which is published below for all to see. 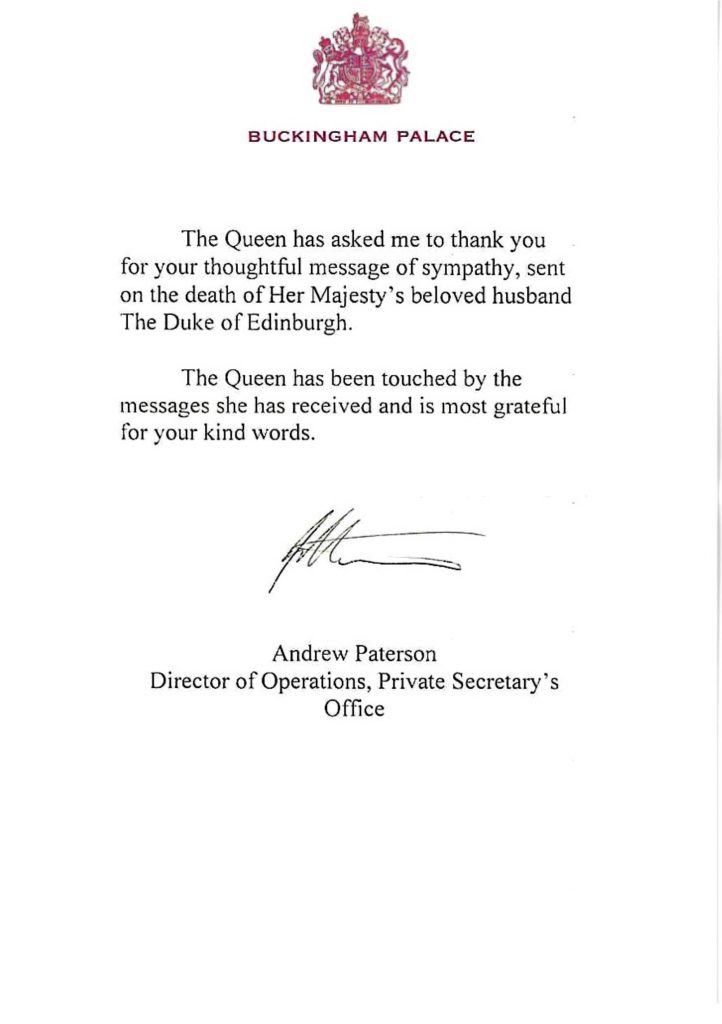 On 26th September, an email from our President said: “I regret to inform you that I received a phone call from Rodney […]